It stood by for a while because of the broken train. Then it stood by for a schedule adjustment. I think a lot of people’s schedules were adjusted this morning. Once everyone realized we’d be there for a while there was a lot of cell phone fidgeting. I heard a couple of people make phone calls saying they’d be late. I even emailed my colleagues to let them know I was being made late via MBTA fail. I suppose we could have got off the train and walked to our various destinations. To be honest, considering how long we were stuck, it may have actually evened out. But I persevered. Might as well. I got to read and wake up a little more.

I haven’t had the best of luck on the train of late. Last week I’m pretty sure I was on the same train as some guy with a gun. We were stopped at Roxbury Crossing for a good twenty minutes. When the doors finally opened a cop stuck his head in and asked if there was a man on the train waving a gun around and threatening people. We said no because no one in our vicinity was doing that. But on the other end of the train car, they pulled some guy out and dragged him away. Apparently I came pretty close to a potentially horrifying situation and I didn’t even know it. It was just another evening’s commute, dotted with a cute kid talking to strangers while his mom wearily looked on. When I think of all the ways it could have gone wrong… I shudder to think.

Anyway, I eventually made it to work (though late). My job is built predominantly around the internet. I can’t download papers if I can’t get into our Editorial Manager. I can’t fact check said paper if I can’t get online. Oh, the agony. The horror. We had a spotty connection for most of the day today. Work happened, but sloooooowly.

Before the internet, copy editors did things by hand and made calls to make sure facts and references were correct. Now, we google until we cannot google anymore. Methods change, but the work predominantly stays the same I’d wager. Plus, today we have track changes, which are the bomb dot com.

Today I bought a cheap little sewing kit at CVS. I need to fix some socks I accidentally tore. I only wore them once. They’re perfectly good socks. 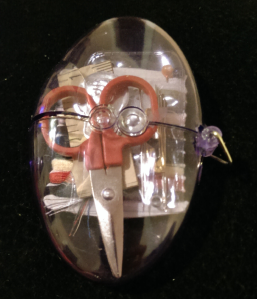 Until next time. xx

One thought on “Bow to your technological overlords”